Dr. Kelsi Mangrem, licensed audiologist and full-time mom, is a renowned hearing care expert in Texas. She has gained trust from many others in the region, including physicians that turn to her for help, and is a perfect example of the dedication that is needed to build a thriving clinic.

However, it wasn’t an easy ride.

Like many other entrepreneurs, she’s been forced to juggle multiple roles at one time, all while keeping a brave and courageous face.

While others cracked and crumbled, Dr. Kelsi revolutionized and transformed, learning through every challenge that came her way.

So how does Dr. Kelsi Mangrem manage a heavy workload and seamlessly deliver results? The answer is different to what you’d expect.

A Hunger For A Challenge

It was three years after Kelsi graduated with her doctorate.

She was working at a rehab facility in San Angelo, Texas. While Kelsi loved the rehab, her day-to-day job became very monotonous, and she quickly became fed up with the tedious and unvaried demands of her role.

Anyone that knows Kelsi will understand just how hardworking she is.

Kelsi is the type of person who revels in having a full plate and enjoys a challenge.

In Kelsi’s words, “If your dreams don’t scare you, they’re not big enough!”

With that said, Kelsi began looking into opening up a clinic in San Angelo.

But after research, she found the area was immediately disadvantaged and the market was saturated. 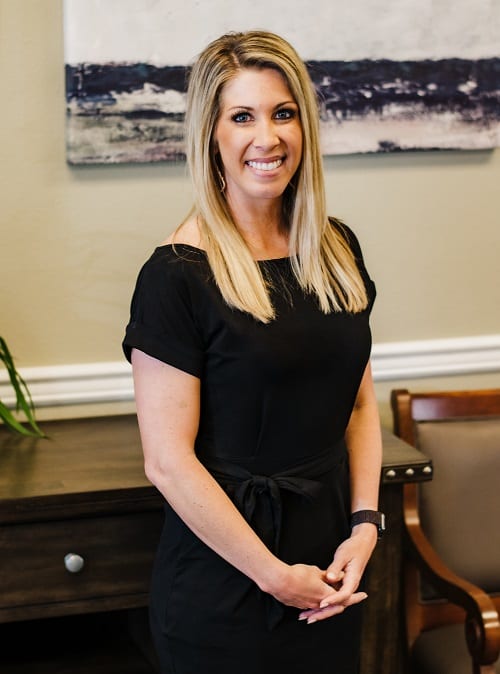 Thanks to Julie Hubik, Kelsi’s mentor, she could confide in her with anything regarding hearing care and gain expertise on the field.

Through her mentoring, they spoke about the potential of Kelsi opening up a clinic in Abilene, Texas, of which was available through a mutual friend.

At the time, Kelsi and her husband had just bought their dream home. But six months later, her husband and two-year-old son moved to Abilene into a two-bed, two-bath apartment, ready to start working at Holland Hearing Center.

It was a true sacrifice and a huge risk.

It was terrifying, grueling, and frightening at the same time, but Kelsi knew that it was something that she needed to do.

Little did she know that this would be the starting point of her career, catapulting her forward as Abilene’s most trusted hearing care expert.

At the end of January 2017, they moved to Abilene and closed the acquisition on Holland Hearing Center.

On Thursday, the previous owners came in with an 18-inch stack of folders, put them on her desk, and said, “Here’s the practice, good luck.”

One Challenge After Another ⛰️

It’s fair to say the past two years haven’t always been easy. There’s been laughter, tears, and many more…tears!

When the pandemic hit, it caused devastation worldwide, as businesses across the globe were forced to close overnight, launching overnight meetings to work out what to do next.

Early on, Holland Hearing Center made the decision to remain open. However, just a few days later, their schedules were wiped clean, and they decided to close the office and work from home.

“And we had a protocol in place where they called, they left a message. We returned that call within 24 hours and got them in to be seen.”

Combined with school and daycare closures, Kelsi and her husband were working most hours of the day.

And that brought staffing challenges, as many were reluctant to come into the office after a long period of isolating. At the same time, Kelsi was trying to get tasks done in an effective way while making changes to scheduling.

“We had to stagger so that patients weren’t coming in together. We had to close our lobby. Our cleaning products were heightened.”

Fortunately, Kelsi was able to get patients to comply with the rules easier than other regions, which made the journey to recovery far quicker.

Competition-wise, however, Kelsi was yet to face her biggest threat, as two local competitors close by were gradually moving past them.

“We had to revamp our protocol and how to direct patients to our office. We also took that opportunity to reach out to our community. And so, we did free mask extenders to anybody that had hearing aids.”

They started a Curbside service and technology to further reach their patients, giving them a safer and non-contact alternative.

With the rise of over-the-counter devices, such as the Bose Sound Control and Listen Lively, heads are starting to turn. Others may have considered this as a threat, but Kelsi saw it as an opportunity.

Instead of ignoring its rise in popularity, Kelsi wanted to help patients and support them through the process.

“I pulled one of my patients aside and asked them if they would be willing to buy through Listen Lively and get their hearing aids. 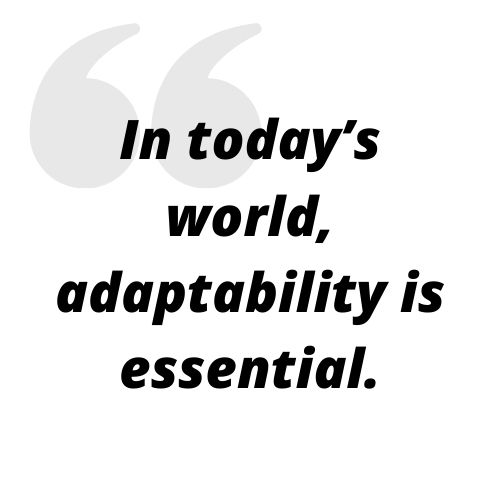 “So far, it’s been very eye-opening.”

Kelsi educated them on the benefits and cons of over-the-counter hearing aids, ensuring they were aware of the risks.​

“What we spoke about is the big area where private practice really does win, such as what happens after the fitting, those years that follow, and all the care. And if the patient loses a device, the amount of work we do in order to ensure that they have minimum downtime.”

How Kelsi Stays Productive Amid Chaos

As the owner of Abilene’s most trusted hearing care clinic, naturally, Kelsi often has a lot on her plate.

While some would crumble under this sheer amount of pressure, Kelsi is able to rise above and achieve exceptional results.

But how does Kelsi get so much done?

Simply said, it’s just her personality. She’s a motivated self-starter that likes to get everything done.

While this is a great attribute to her driven character, Kelsi’s learned to step back and let others take control.

“I have a hard time relinquishing control. I’ve realized that I have to let other people take some of the responsibility off of my plate.”

With that said, Kelsi’s biggest success to date is her team of five. They all support each other and focus on excellent patient care.

“We cross-train. When one person is out, you feel it’s very hard, but at the same time, it’s rewarding. So, me, personally, I realized that I have to be able to have days where I’m solely one thing and then days I’m another. So, I see patients Monday, Wednesday, and Thursdays. Tuesday is solely for marketing.”

This ability to focus certain days of the week on particular duties allows her to prioritize her schedule and focus on what’s most important – her team.

But at first, it wasn’t always easy…

“When I first started hiring people, it was out of desperation, I was so understaffed that I was just like, ‘Do you have a pulse? Please come and work for me.’”

Since then, Kelsi has learned that the best way to hire is to gain contacts in the field that understand the right people for the role.

One Common Mistake That Other Clinics Make, And Kelsi’s Advice To Them

In Kelsi’s words, you have to fight back and alter your perspective.

We think this is a great outlook in response to the ever-changing hearing healthcare market. 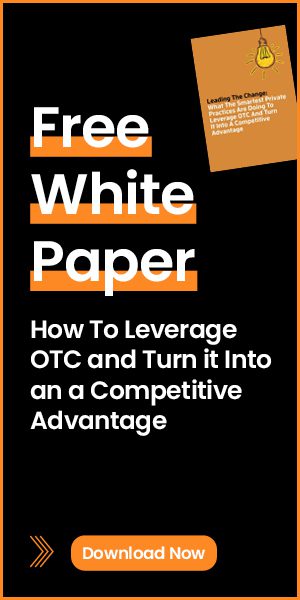